Racist treatment is deadly and opposite to the Gospel of LIFE!

HomeRacist treatment is deadly and opposite to the...
June 1, 2020 0 comments

I have been shocked at the extent of the violence that has devastated so many American cities in the last few days.

Those with power, mostly though not all white people, control so much of the resources of the country. The availability of health resources is one among many examples of this disparity between rich and poor.

The American Bishops made a statement regarding what triggered off this particular violent crisis:
“We are broken-hearted, sickened and outraged to watch another video of an African American man being killed before our very eyes. What is more astounding is that it happened within mere weeks of several other such occurrences”.

The bishops look at the underlying causes of this anger that has flared up across the country. They say that racism is not a thing of the past. It is a real and present danger that must be met head on.

They call Christians to stand for the more difficult right and just actions, instead of the easy wrongs of indifference!

Racist treatment is deadly and so opposite to the Gospel of LIFE. Indifference is not an option. Racism is a life issue.

While supporting outraged communities they plead for peaceful, non-violent protests. They make many other strong statements about this situation.

No society is immune from racism. It has a basis on the fear of the different and generalised judgements and opinions about others. It has its roots in primitive instincts and tribalism. It is based on the belief that the different, ‘the other’, can be dangerous.

We are thinking beings. We do not need to react out of animal instincts and prejudice. Certainly anyone who professes to be Christian cannot be a racist.

We are celebrating Reconciliation Week. It is a great reminder to us here in Australia to be leaders as Christians in reconciliation. We need to be partners with our First Nations brothers and sisters in the pursuit of reconciliation. This involves recognising past mistakes and wrongs and moving forward together in the spirit of the ‘common good’.

There are no easy answers. I often wonder what are the answers to some of the questions that we face.

However, I am sure of some things. 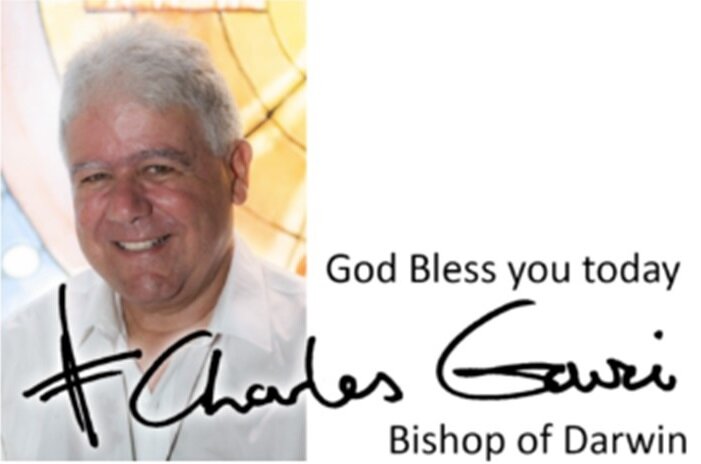