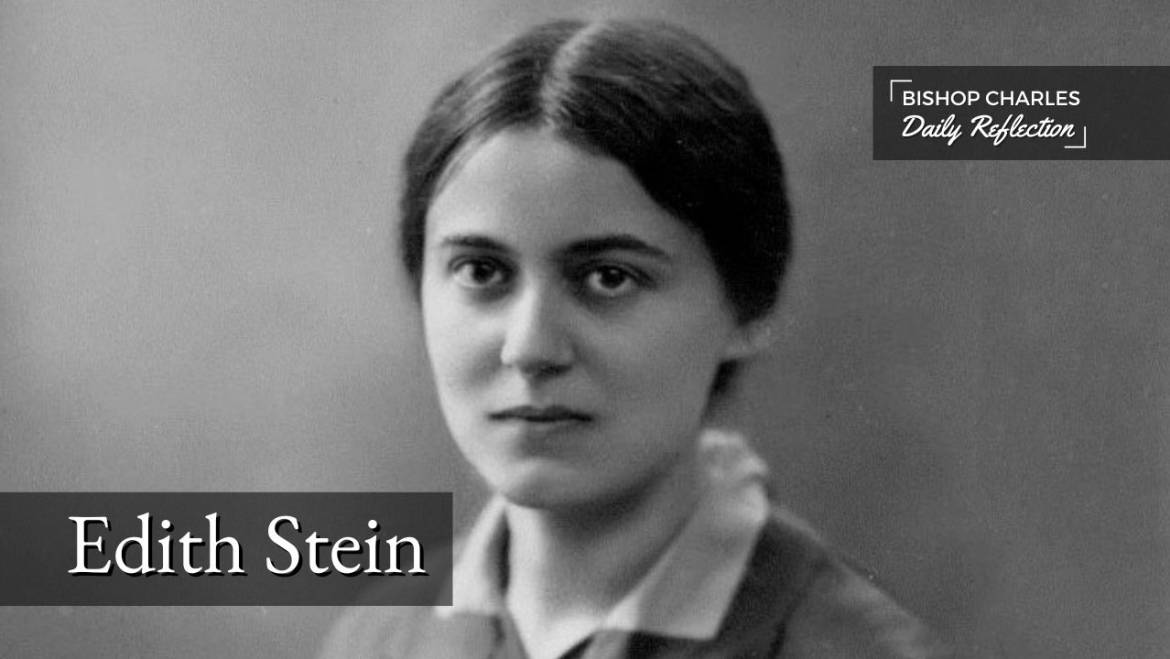 Edith was born to a practising Jewish family in Germany in 1891.She was a philosopher. She received a doctorate at the University of Freiburg.She went through a period of searching.She read the autobiography of St Teresa of Avila which convinced her to become a Catholic. She was baptised in January 1922.She became a Carmelite nun at Cologne in Germany.Meanwhile, the Nazis were rising to power in Germany. The order sent her to Holland to try to keep her safe on account of her Jewish background.When the Germans took over Holland, the Dutch bishops put out a strong letter to be read in all the churches condemning Nazi racism.In retaliation, the Nazis deported all the Jewish converts to Catholicism to concentration camps.She was deported to Auschwitz together with her blood sister, who had also become a Catholic and joined the convent.She remained strong in her faith and died there on the 9th of August 1942.A few years ago, while a chaplain to young people on world youth day in Poland, we visited Auschwitz.I felt a sense of the great evil committed there. Great ingenuity was used to destroy people.I was standing at the ruins of the crematorium where the remains of victims were disposed of. I looked beyond the guard tower and saw rays of sunshine piercing through the forest outside.I was reminded then of Saint Edith Stein, Maximilian Kolbe and others, who despite horrendous experiences, were not crushed by it all.Their faith gave them resilience, enabling them to grow in awful circumstances.