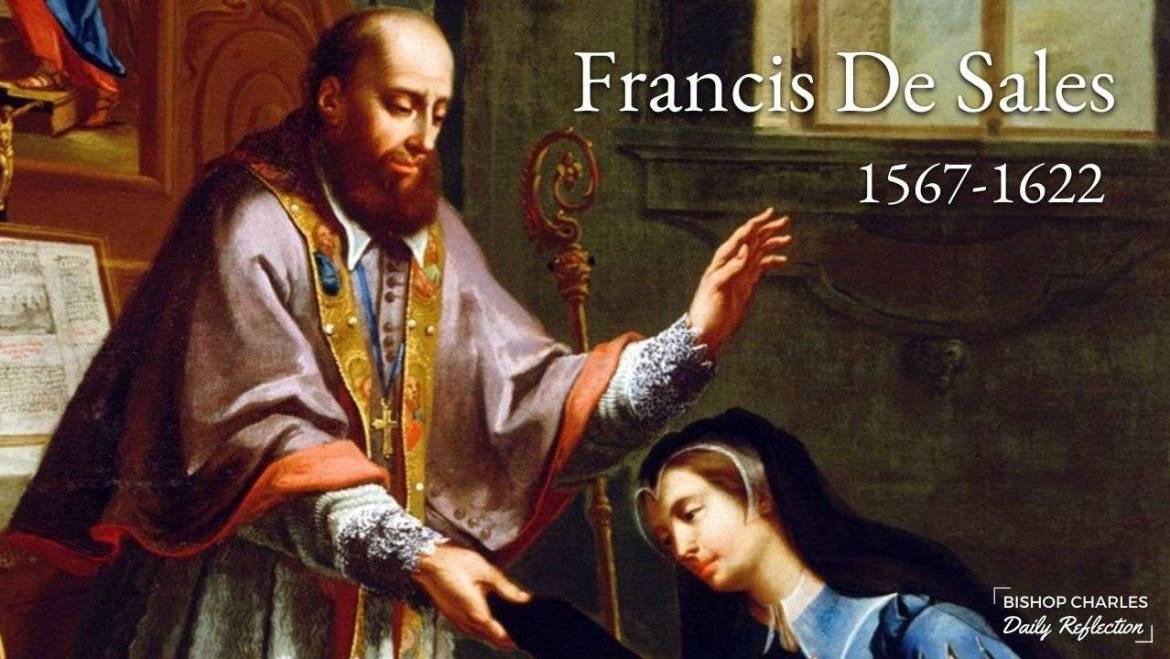 He was born in the Annecy in Savoy to an aristocratic family. He studied Law and also became a priest despite his father’s opposition.

This was the time of the Protestant Reformation.

Many in the town of Chablais had become Calvinists. Such was his missionary commitment and love that most of the people returned to the Catholic faith.

He was often in danger of death because of his preaching from Calvinists He was made bishop of Geneva and the surrounding districts. He became a great Catholic Reformer. Thousands came back to their Catholic faith under his influence.

He preached because he loved not because he wanted to ‘win ‘ and prove himself right.

I am saddened by the so-called ‘culture wars’.

I sometimes feel that people want to win and I do not experience the love Francis had.

His teachings in love helped make him the great teacher, reformer and patient and committed pastor that he became.

St Vincent De Paul, St John Bosco and other saints were greatly influenced by him in their ministry and mission.

Moderation, deep love and self-sacrifice are great ingredients for a mission….