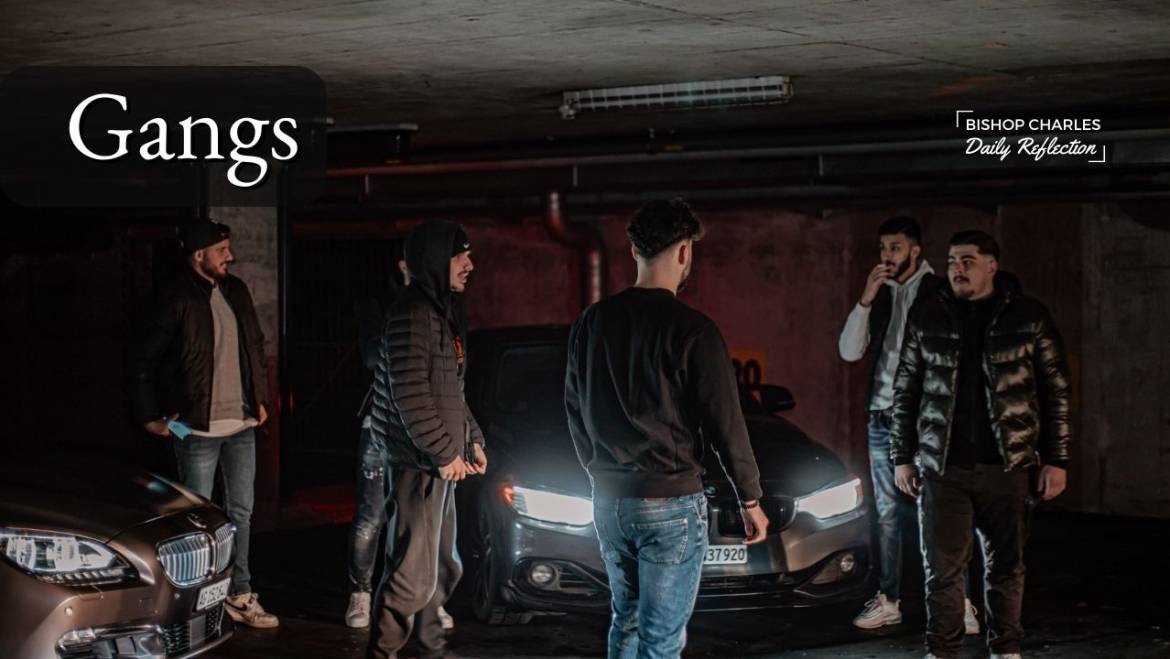 I was travelling on the way to celebrate Confirmation on Sunday morning. I was listening to a radio program about the criminal Gangs in western Sydney.

A reporter who himself had been a member of ‘bike’ groups was leading the program.

He had left his old ways of life six years ago. He had found it unsatisfying and gave himself a fresh start in life.

Young men were interviewed who had been involved in some very serious crimes.

They had come from poor backgrounds and had struggled a lot. They had also experienced various forms of discrimination. They needed to belong. Belonging to a ‘gang’ from a particular geographic area gave them a sense of belonging somewhere, some sense of identity. Sadly, this also meant that they saw other gangs as rivals or enemies.

While they had a lucrative income from the crime, they were not wanting to spend all their life this way. They saw an end to it somewhere in the future. They did not want to end up in prison or die ‘early’.

I felt so sad as I listened. What a tragedy!

I think that Jesus must have felt something like I was feeling when He met people who were on the ‘outside’. People who society had rejected and were seen as bad people or no-hopers. People who maybe did not have the same opportunities that others had, people carrying pain, rejection and stigma.

Our hearts are restless unless they rest in God. We are meant to be in harmony together.  All need respect. We have enough resources so that no one should be in poverty. There is goodness in all of us. We are all created in the image of God.

Our Christian vocation calls us not to judge, to respect all, and to value all. We are called to help provide the right opportunities for all to flourish, to reach their potential.

If only we take the words and teachings of Jesus seriously and put them into action, then maybe the interview that I was listening to would not have been necessary!

Love can conquer all evil!