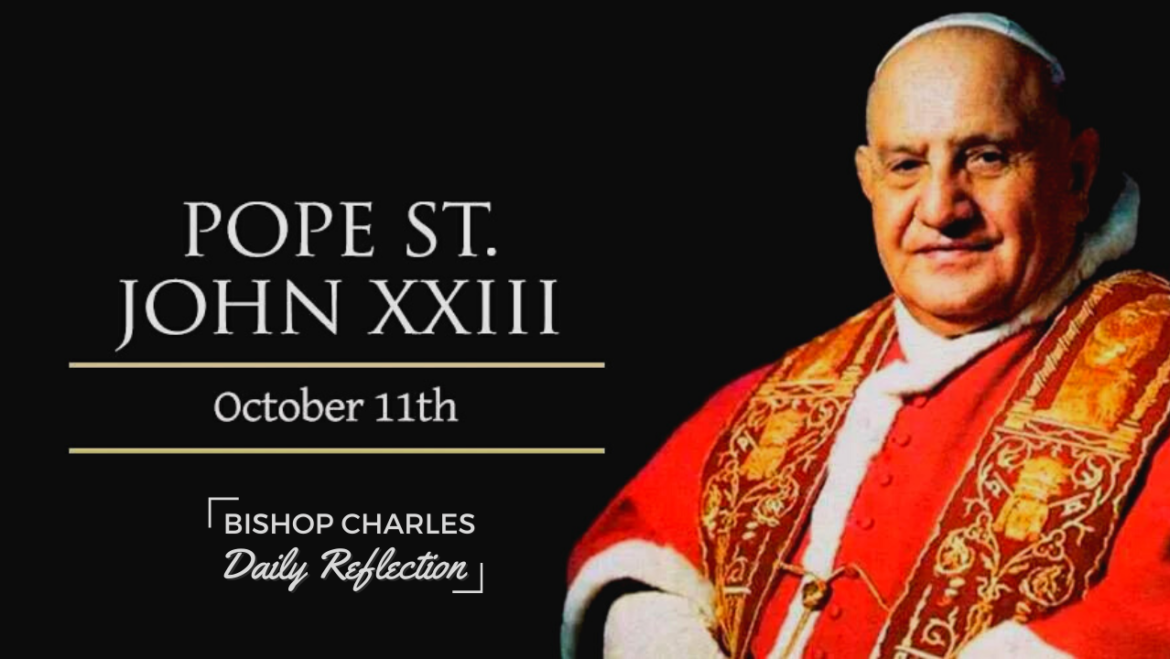 I remember in 1958 when I was six years old Pope Pius the twelfth died.

We were still in Malta then and it was possible to get direct television reception from two Italian stations. Sicily was about 80 km away across the Mediterranean.

We went to John, dad cousin’s house to watch for the white smoke to come out of the chimney at the Vatican indicating the election of a new pope.

Indeed, the white smoke came up and Angelo Roncalli who took the name of Pope John the twenty-third was elected as the new Pope.

He was a portly friendly smiling man 77 years of age.

People presumed him to be a bit of a stopgap who would not do much that was new. Friendly and harmless! He would be a transitional Pope. How wrong they were.

Just after his election, he described himself as a Pastoral Pope.

So indeed, he was.

He called a Synod for the Church in Rome.

He also wrote the great encyclicals.

His greatest achievement was the calling of an ecumenical council we now know as Vatican ll.

He said that he wanted to open the windows of the Church to let some fresh air in.

Instead, a Pentecostal gale blew in.

Things would never be the same!!

Pope John wanted the Church to reach out to humanity.

He was very committed to ecumenism and the unity of the Churches.

Vatican Two started in 1962. He died next year.

John started a wonderful renewal of the Church.

It was left to his successor Pope Paul sixth to continue and finish the council.

We have just finished the first assembly of the Plenary Council of the Australian Church. This council will continue to build on the work of Vatican two.

However, it will also be open to what God is saying to us in Australia today and in the future.

We pray and hope that St John the twenty-third will pray for us in heaven so that we can be faithful like him.