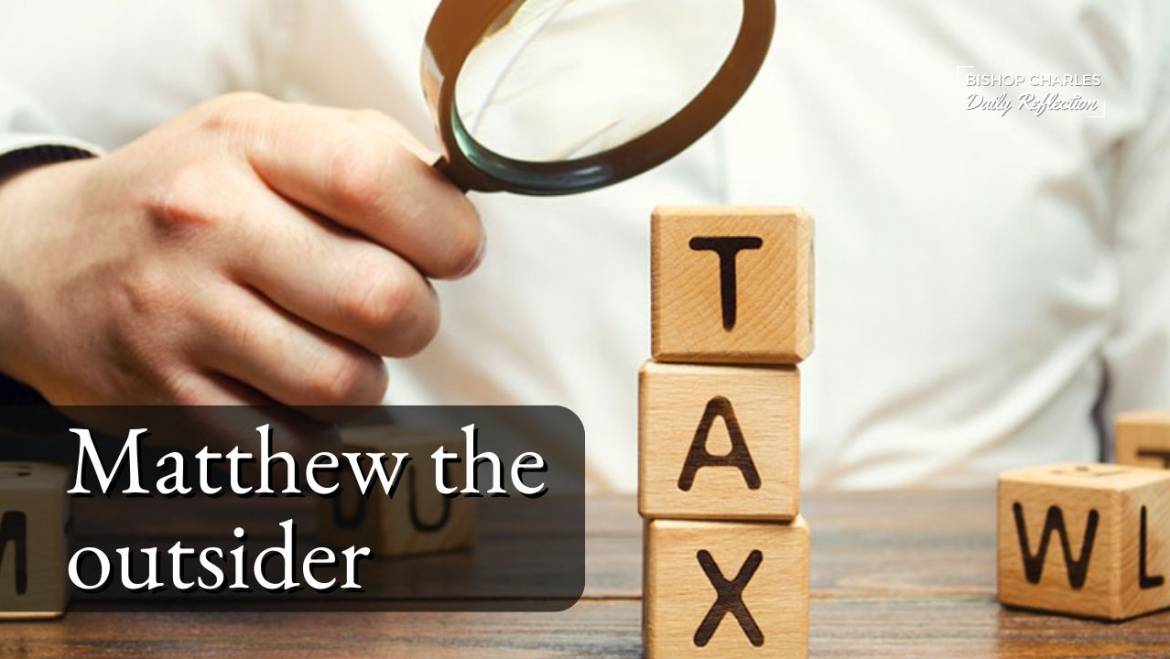 He was on the outer circle of society and branded as a bad man.

The ‘good’ people looked down on him and his friends.

Jesus met him and it changed his life.

He looked right into Mathew’s heart and saw the goodness and potential there.

Mathew became one of the twelve Apostles.

He threw a party and his associates were there and Jesus enjoyed Himself in their company.

The Pharisees were scandalised because of the bad company that He was keeping.

Mathew was not the only one who changed his life because of Jesus.

So many others who had been deemed as ‘sinners’ and ‘bad’ found their real selves because of Jesus.

I keep repeating a mantra when I speak to many including young people that there are no bad people but people who do bad things. That there is goodness in all of us.

We are all created in the image of God.

God’s love is unconditional. God never gives up on us.

Today is the feast of St Mathew. He became a saint from a sinner.

We all have the potential to become saints. We are all human, we are all imperfect. We all sin.

However, God is bigger than our sins and desires life and freedom for us.

The biggest mistake we can make is to make mistakes and give up trying to do better.

Just before communion, we say:

‘Lord I am not worthy that you enter under my roof but only say the word and my soul shall be healed.’

When we realise that we cannot save ourselves, then we can say with Saint Paul ‘when I am weak I am strong…’, then we let God heal and save us.