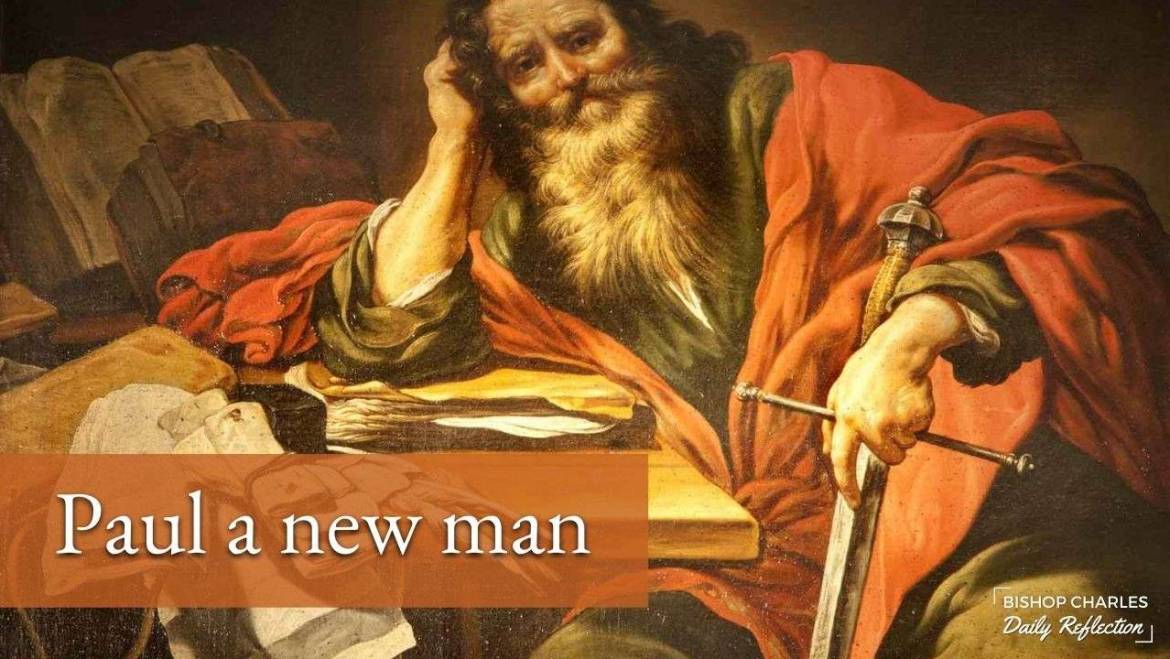 Paul of Tarsus was a committed and ardent Pharisee.

He approved of and helped in the death of the first Christian martyr St Stephen.

Paul was on the way to Damascus with the mandate to arrest Christians when the Risen Jesus appeared to him.

It changed his life.

He became a convert to the very religion that he was trying to destroy!

After his conversion, he went off to Arabia for a considerable period of time on a long ‘retreat’.

He became a truly inspired man who became the teacher to the ‘nations ‘, arguably the greatest missionary that the Christian Church ever had.

There were those who opposed him because of his obedience to Christ and the Holy Spirit.

There were some who were more traditional that felt threatened by his teachings. They wanted to hold on to what they knew.

He was not daunted by this oppression.

His fearless preaching cost him his life eventually.

Conversion is lifelong and for all.

We all are called, like Paul, by Jesus to leave the past behind and to be in an ongoing way born again.

We are invited to have the courage to go out into the deep, into holy insecurity.