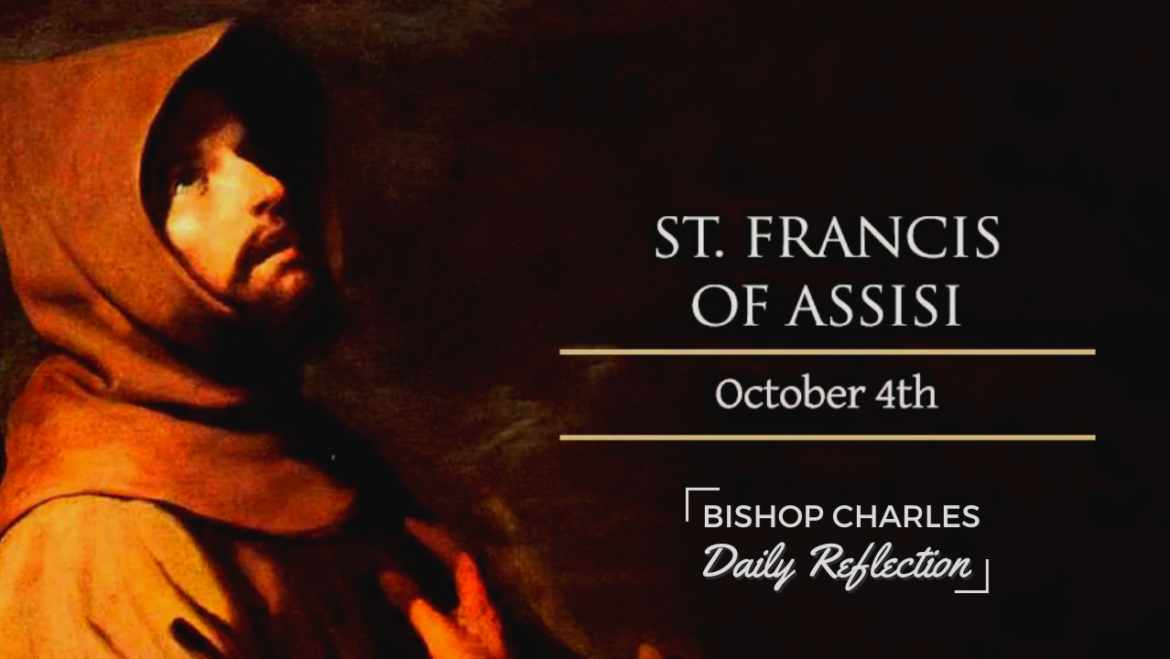 Today we celebrate the feast of St Francis of Assisi  (1181 – 1226).
Francis was the son of a rich merchant.
He was taken prisoner, in one of the wars between Italian cities, for about a year.
Francis went through a conversion experience.
He heard Jesus speak to him through the crucifix, situated in the ruined church of St Damiano, asking him to rebuild His Church which was in tatters.
He took this literally and sold some expensive materials from his father’s business to fix the Church.
His father was furious and took him before the Bishop.
There Francis stripped off all his clothes and said that from now on God was his father.
He began to live by begging and dressed in poor peasant clothes.

Eventually, he began to realise that Jesus wanted him to rebuild the Church and not San Damiano!
Others began to be attracted to following his example. This was the begging of the Franciscan order.
St Claire followed his example and this was the beginning of the Poor Claire Order.

Francis continued to live a very poor simple life. He loved nature, animals, plants, and all of God’s creation.

There is much that we can say about Francis.
Pope Francis took his name as pope.
His encyclical Laudato Si about the care of the earth and the environment is named after Francis and uses the dialect of Assisi in the introduction.

He calls us back to simple living, to truly love the poor and to follow the Gospel.
He is still a man for our times.