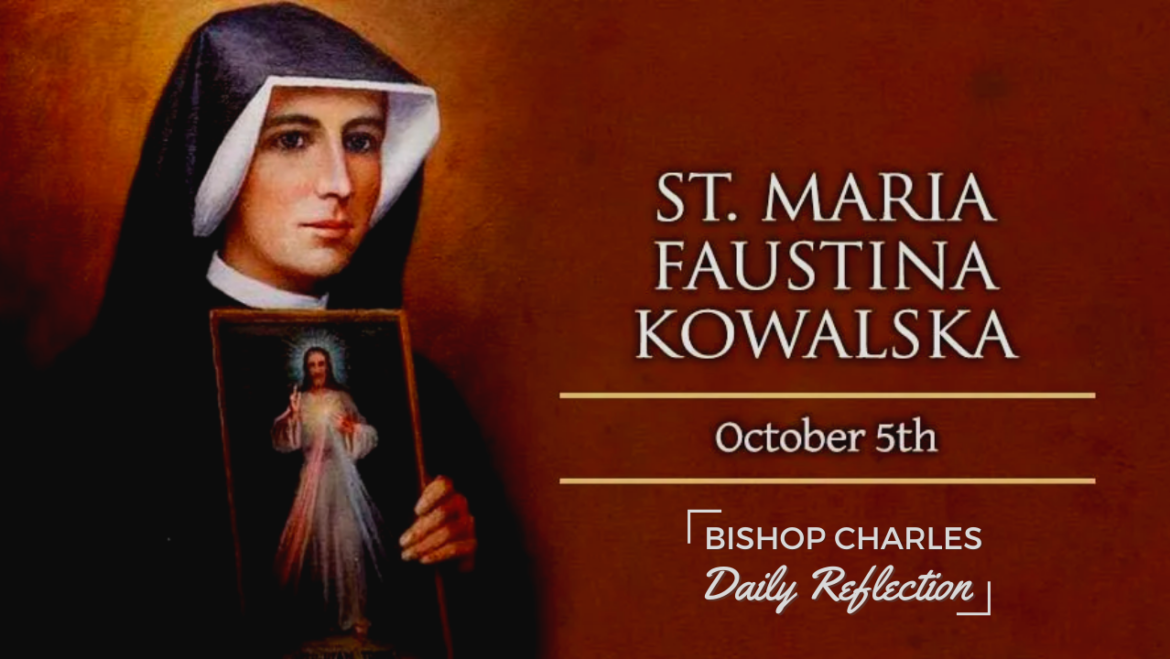 St Mary Faustina (2905 – 1938) was a Polish nun who had mystical experiences in which she had conversations with Jesus.
The main message of these visions was about the great Mercy and compassion of God.
Sr Mary Faustina was a simple woman living simply and humbly.

God so often uses the humble as his messengers.
Jesus told her that He was sending her as His messenger of Mercy to the whole world.

Considering the savagery and carnage surrounding the events around World War two this was a great message.
Death camps, genocides, the bombing of civilians and the millions dying in the fighting, as well as widespread torture, all cried out for the restoration of Justice.
Jesus said to her:
‘Today I am sending you with a message to the people of the whole world. I do not want to punish aching humanity, but I desire to heal it, pressing it to my Merciful Heart‘.

We all need reminders of this message.
God’s mercy is bigger than our failings, our sins.

We are constantly called to hear the words of Jesus:
‘Your sins are forgiven, go and sin no more’.
We are called to conversion, to change, to be healed, to leave behind the past and be born again.