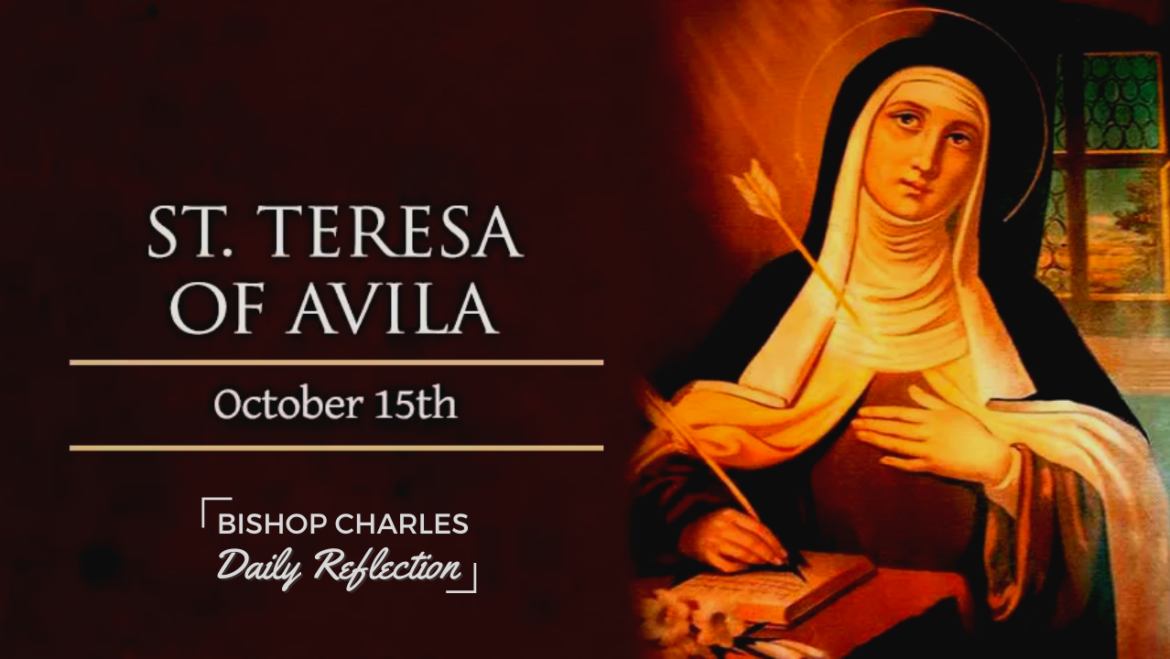 Teresa was born in Avila in Spain. She entered a convent of Carmelite sisters.

Her Spiritual growth happened slowly at first, but she gradually matured and ‘grew’ up.

Her order as well as the Church were in need of much reform.

She committed to both tirelessly,

Despite much opposition, she started reforming her own order.  This included both the male as well as female sections of the Carmelites.

St John of the cross joined the reform.

Her reformed Carmelite community became to be known as the Discalced Carmelites. This means barefooted since they lived a simple and poor life.

She was a down-to-earth woman, a very human and real person. Contemplation and prayer were very much part of the life of her community.

However, she was also a person of action.

She combined contemplation and action.

One of her phrases was ‘God save me from supercilious nuns‘. She certainly was a deep person pondering and trying to live a productive life.

‘To have courage about whatever comes in life – everything lies in that.’

‘We can only learn to know ourselves and do what we can – Namely, surrender our will and fulfill God‘s will in us.’

Many other quotes from her have come down to us.

She wrote a lot about the Spiritual life.

Teresa had a great sense of humour even in her relationship with God.

We have an ‘interior’ castle within us.

God is within us. We can face with faith and hope the challenges of life.

The kingdom of God is within us.