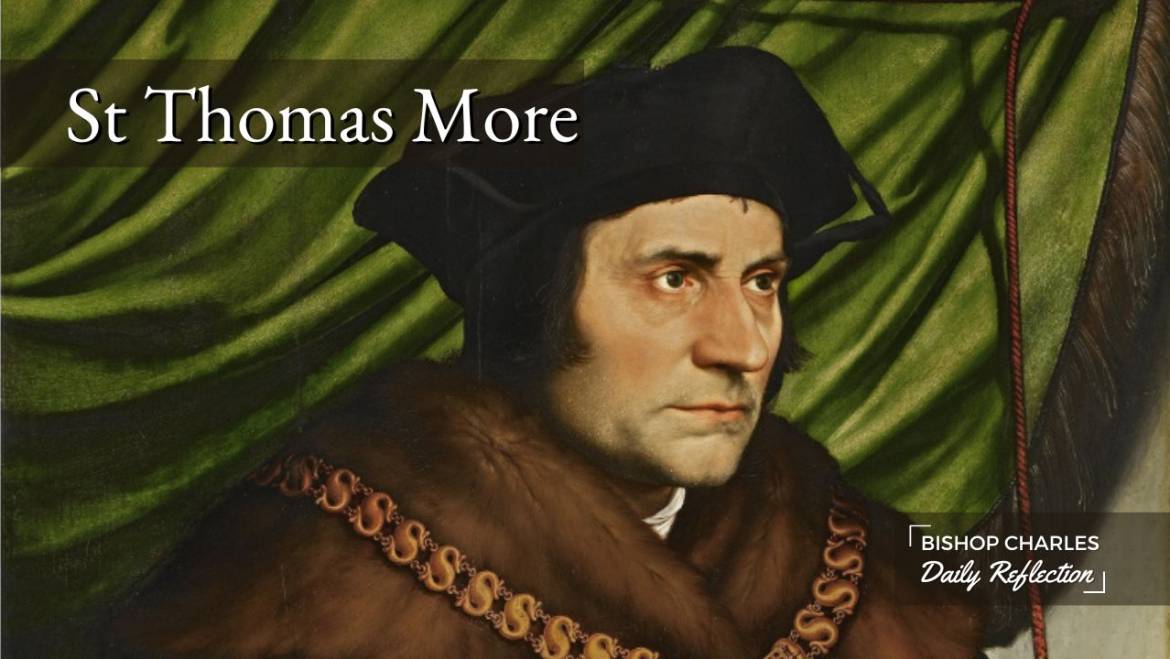 St Thomas More (1477 – 1535) was Grand Chancellor of England and a friend of King Henry VIII. He was a Christian humanist, a reformer, an author of books such as ‘Utopia’ and a very erudite and cultured man.

Like St John Fisher, he could not accept that the King was the supreme head of the Church of England. He said this was a serious departure from the authentic faith of the Church.

Thomas was not looking for martyrdom.
He was married with four children and wanted to live.
He tried to avoid confrontation with the King.

However, when forced to declare what he really believed, he spoke according to his Catholic beliefs.
He was executed on the 6th of July 1635.
He kept a sense of humour and his dignity.
He said publicly that he was the King’s good servant, but God’s servant first!

Like the early martyrs of the church who refused to worship the Roman emperor and the pagan gods, he acknowledged the higher authority that comes from God.

Just because something is legal, it does not make it right.