This highlights our commitment to our First Nations people in Australia.

We are reminded of the central role that the First peoples of this land have for us as Australians.

The First Australians are a deeply spiritual people.

St. Paul, in his letter to the Romans, reminds us that our interests ‘are not in the unspiritual, but in the spiritual, since the Spirit of God has made His home in us.

In the Uluru Statement from the Heart, Indigenous representatives told us that their “sovereignty is a spiritual nation, the ancestral tie between the land or ‘mother nature’ and Aboriginal and Torres Strait Island peoples who are born therefrom, remain attached thereto, and must one day return thither to be united with our ancestors”.

We as a Catholic Church can be greatly enriched by Aboriginal insights and spirituality as Pope John Paul II told us in 1986.  We cannot be fully the Church Christ wants it to be without the First Australians having made their contribution to the Church’s life, and until it has been joyfully received.

We acknowledge the mistakes of the past in the treatment so often given to the First Australians by a number of new settlers.

We also remain committed to walking alongside our Fist Nation’s brothers and sisters as they shape their own future and destiny.

We can all grow to be the people God is calling us to be as we move forward in hope and trust, genuine love and respect.

The NATSICC Jubilee Prayer below was developed at the 1995 NATSICC (National Aboriginal Torres Strait Islander Catholic Council) Leadership Gathering; it maintains its relevance to this day. 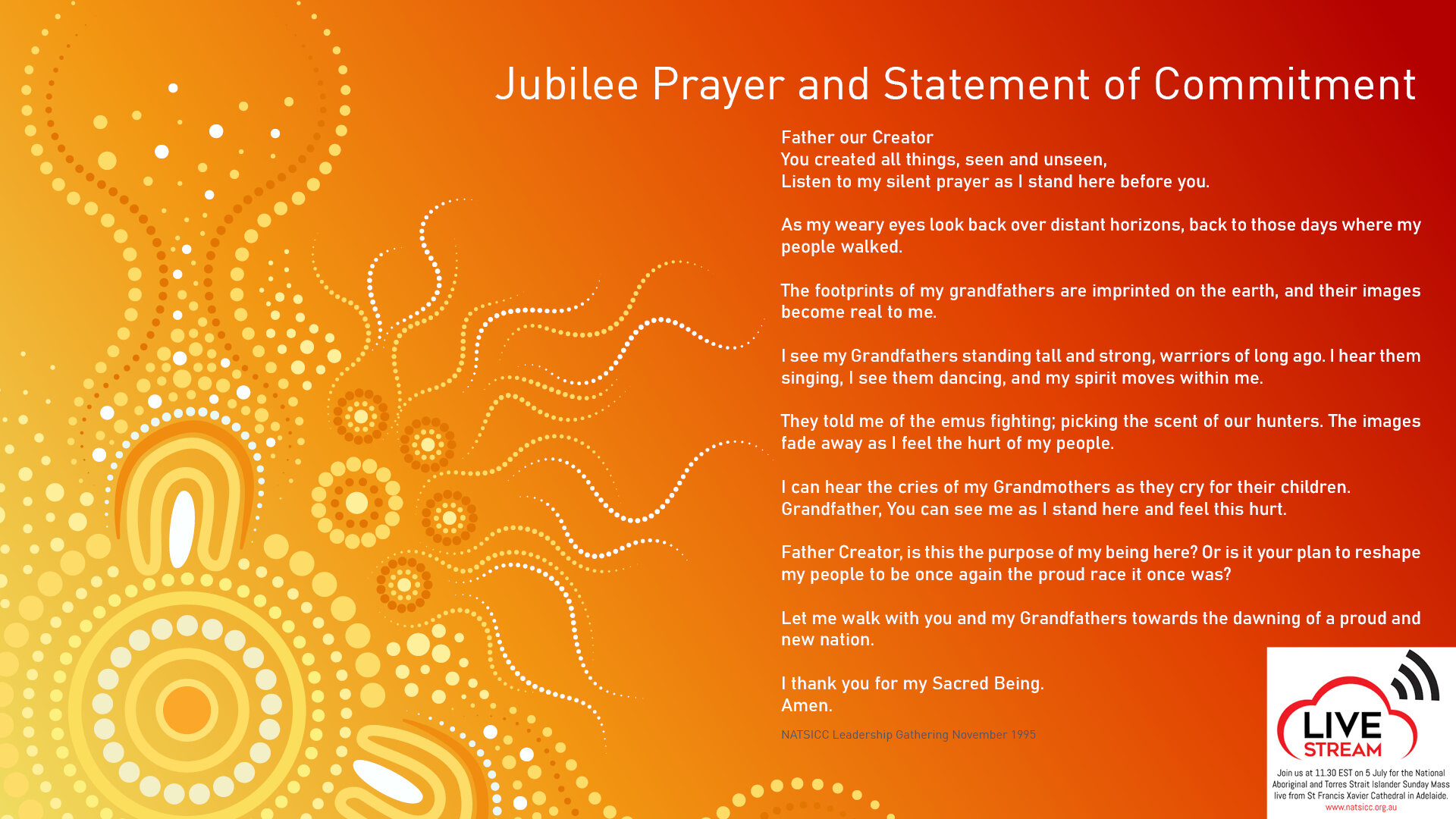