The Beheading of John the Baptist

HomeThe Beheading of John the Baptist 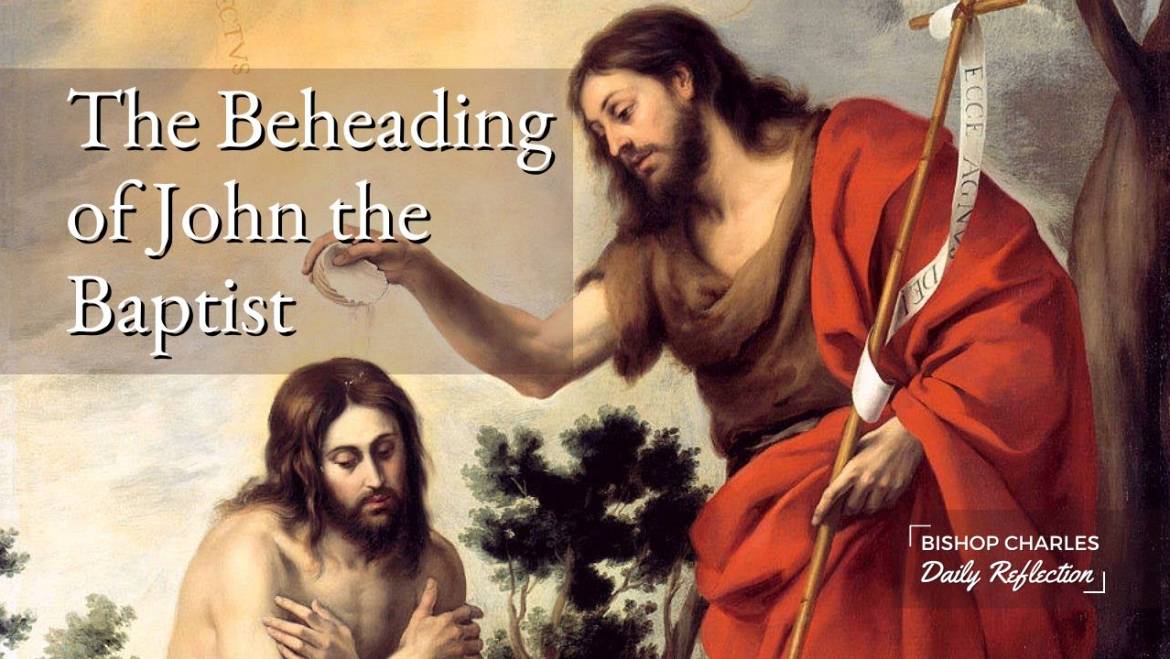 Today is the feast of the beheading of St John the Baptist.He was a prophetic figure who called the people of his time to change unhealthy and sinful behaviour.He challenged King Herod because he was committing adultery by taking his brother’s wife as his own.As a public figure, Herod was giving a poor example to the people about moral living.Herodias, the lady concerned, managed to put Herod in a position where he had John killed against his better judgment.John was the man who prepared the way for Jesus. He proclaimed the ushering of a new era. He called for integral living, repentance and new starts.Our baptism calls us to be prophetic people.Our own integral living, as wounded healers, makes us living reminders of hope and forgiveness.Despite our own weakness and failing, we can be signs of hope of what God can do in weak human nature, as we try to live by the teachings of Jesus.John was not a self-righteous prophet.He knew his human reality. He did not try to aggrandise himself.He was a respected figure with many followers and disciples.However, he knew that he was preparing the way for Jesus.‘I must decrease and he must increase.’