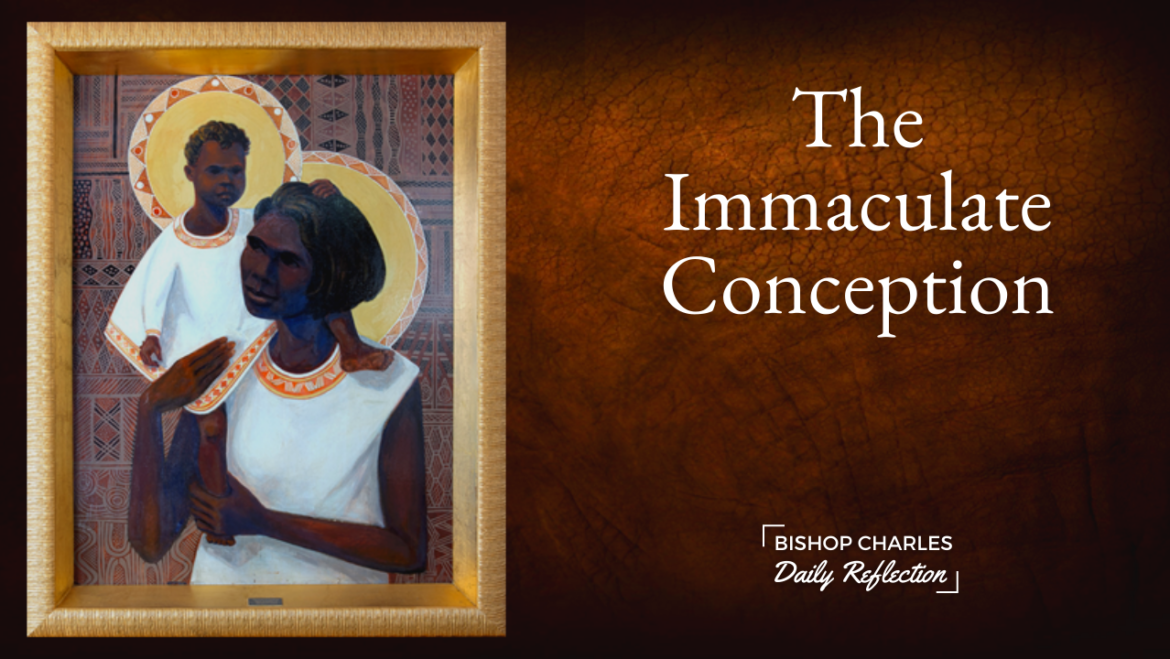 Today we celebrate the Feast of the Immaculate Conception.

Like all of us she is saved by Jesus, He is her Saviour.

In the Scriptures, there are some very clear statements about her role.

There has been a long-held belief in the early Church and beyond that Mary, the ‘living Vessel in which Christ was conceived and carried’ was by the Grace of God preserved from the contamination of sin.

She was preserved for the sake of Jesus.

When Pope Pius the 9th declared that Mary was conceived without sin by the Grace of God, in 1854 he stated what had been a long-held belief in East and West by the Church.

Four years later after this declaration, Mary appeared to Bernadette Soubirous in Lourdes and introduced herself as the ‘Immaculate Conception‘.

Mary is a model of Faith for us, her will was United to the will of God for her.

God preserving her from sin reminds us that we also can with God‘s grace through Jesus win over sin.

We do not need to be slaves of sin.

Weak as we are we can avoid sin!

We do so by God’s unconditional love and faithfulness to us.