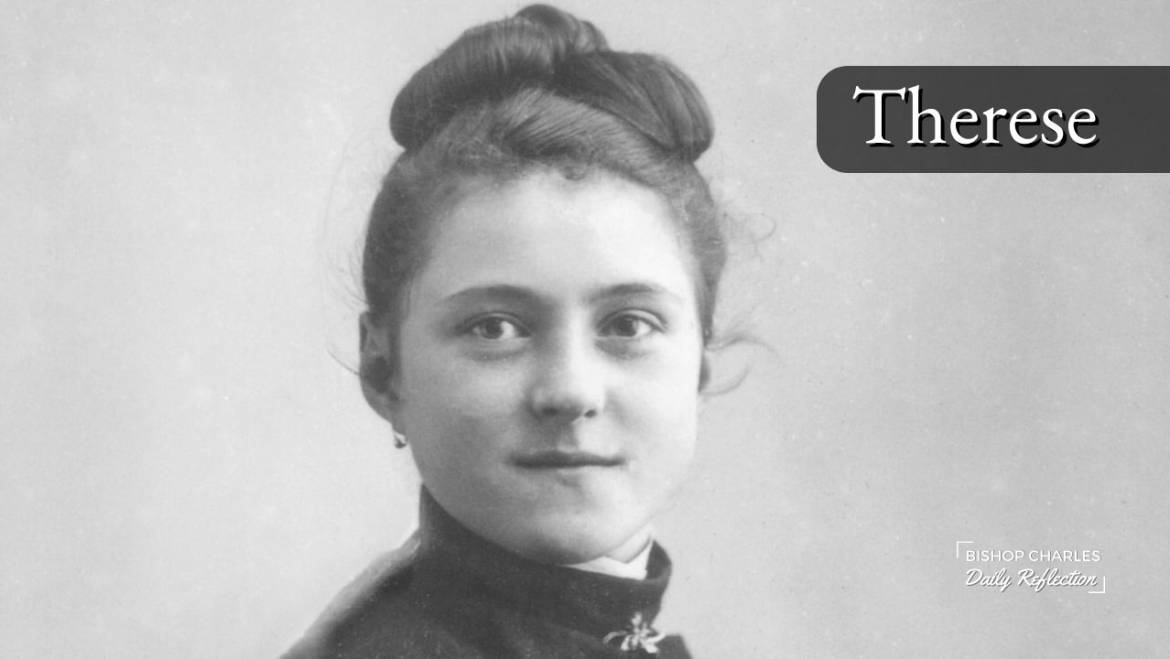 Today we celebrate the feast of St Therese of Lisieux.

She was a Discalced Carmelite nun who died at the age of 24 from tuberculosis.

Yet she is a doctor of the Church and patroness of the Missions even though she never went out to far away Mission places.

Her spirituality is known as the ‘Little way’.

She believed in doing the little things each day for the love of God.

She was told off by a priest for falling asleep during prayer.

She also looked at other saints such as St Teresa of Avila, John of the Cross and others for inspiration and example.

She suffered from I’ll health and even had a tendency for depression.

Although she saw the above-mentioned saints as spiritual giants and considered herself a ‘grain of sand’ compared to them, she was not discouraged and had full trust in God.

She wanted to be in the heart of God and to help transmit His love to many.

Her autobiography written under obedience from her superior is worth reading.

She had a great belief in God’s love being able to wash away our sins and human weaknesses.

She understood human weakness. She had painkillers in her room because of her illness.

She told the sisters to take them away from her room just in case she took too many when she felt sick.

She kept on trusting God to help her live the Gospel.