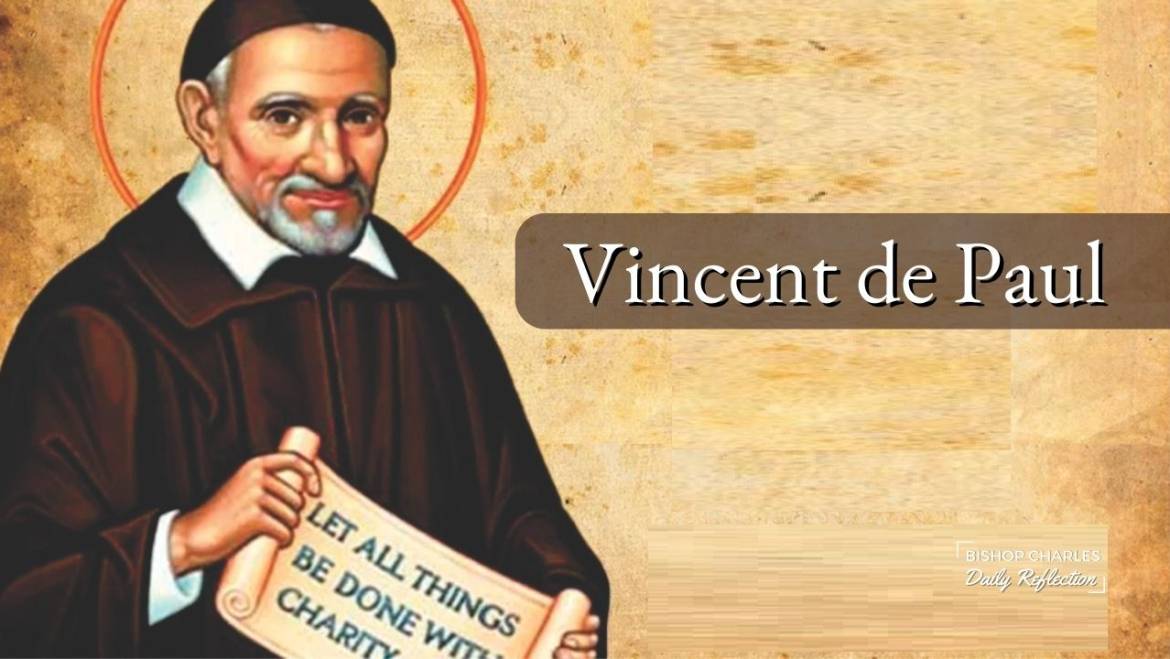 Today is the feast of St Vincent de Paul.

His name is well known beyond Church circles. This is because of the Saint Vincent de Paul society which reaches so many people across so many countries.

There was also a time as a young man that he got into trouble with the law.

However, Vincent allowed the grace of God to change and convert him.

He saw the terrible plight of the poor around him and did something about it.

Together with the help of some well-to-do ladies, he began to organise providing help for the poor.

Also, with the help of St Louise De Marillac, he helped to found the congregation of women called The Daughters of Charity.

To this very day they provide a wonderful service to those in need in many ways: providing food, shelter for those in danger and those homeless, supporting young pregnant single women etc.

He also noticed as a Priest that many in country areas were spiritually neglected so he started an order of Priests and Brothers called the congregation of the Missions often known as the Vincentians. They also started seminary formation to improve the education of clergy in seminaries. I was personally in a seminary run by Vincentians; I owe them a lot.

After his death, many were still inspired by Vincent.

A young man by the name of Frédéric Ozanam with the support of other young people started the St Vincent de Paul Society. They were lay people who started feeding, clothing, and housing the poor. They do this to this very day. The society is always looking for volunteers to help reach out to others. They do a wonderful Ministry in love to all regardless of creed etc.

Jesus spoke so clearly about our call as Christians to reach out to the poor.

Francis was a great Catholic reformer.

In Vincent, we also have a great example for us in our own time of someone who took the words of Jesus seriously and reached out to others. He allowed the Gospel to convert him.

We cannot be truly Christian if we do not reach out to others.