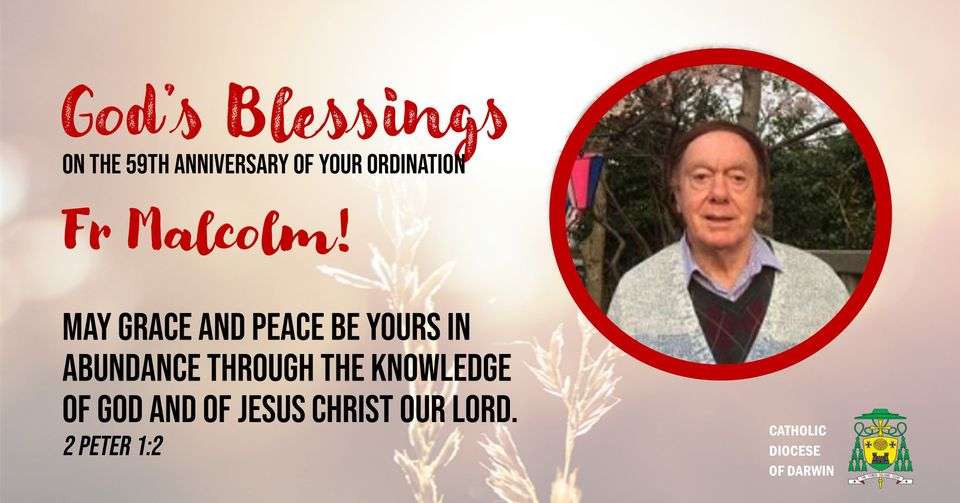 May 25, 2021 by admin 0 comments
Today we celebrate Fr Malcolm’s 59th Anniversary of his Ordination to the Priesthood. Fr Malcolm Fyfe MSC is our Diocesan Chancellor, Vicar General, and Magistral Chaplain, Order of Malta. He was ordained in 1962 in Croydon Victoria and has held many leadership positions including as Headmaster of Monivae College (VIC), Religious Superior of the MSC Community in Victoria, Director of Catholic Education in the Northern Territory, Episcopal Vicar of Catholic Missions NT, and Religious Superior for MSC Community in the NT.
Thank you for your continued service in our Diocese Fr Malcolm. May the love of the Lord be with you as you continue your most holy and blessed work.
+Charles Gauci